A Journey through the Beyond: The Development of The Concept of Duat and Related Cosmological Notions in Egyptian Funerary Literature

This volume offers the first comprehensive overview of the evolution over time of a foundational concept of the Egyptian afterlife beliefs, the Duat, or netherworld. The Duat is a complicated, multifaceted notion, which was never canonized into a single version of the beyond, but offered instead a variety of alternatives attempting to describe the metaphysical realms beyond the visible world, and beyond life. Theological speculations gave rise to a rich textual and visual repertoire, which underwent a process of evolution over thousands of years, during which newer ideas and images were constantly introduced. Through the analysis of royal and non-royal funerary texts from the late Old Kingdom to the end of the New Kingdom, this book traces the development of the conceptualization of the notion of Duat, outlining what it encompassed and where it was imagined to be located. In addition to the translation and discussion of the most significant passages of the texts analyzed, each chapter also provides an overview of the individual compositions and of the relevant theological, cosmological, and astronomical notions complementing the conceptual framework, of which the Duat formed but a part. Additionally, discussions of concurrent changes in Egyptian culture, society, and ideology are included in order to clarify the context in which afterlife beliefs and related texts evolved. An analysis of the correlation between funerary compositions and their material supports complements the study, emphasizing the Egyptians’ belief in a magical synergy between texts, images, and their contexts in the activation of a suitable, effective afterlife for the recipients of the texts. 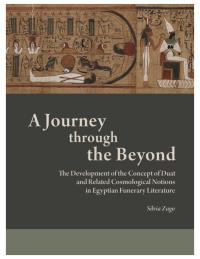