During the Old Kingdom, the ancient Egyptians constructed elaborately decorated mortuary monuments for their pharaohs. By the late Old Kingdom (ca. 2435-2153 BCE), these pyramid complexes began to contain a new and unique type of statue, the so-called prisoner statues. Despite being known to Egyptologists for decades, these statues of kneeling, bound foreign captives have been only partially documented, and questions surrounding their use, treatment, and exact meaning have remained unanswered.

Ancient Egyptian Prisoner Statues-the first comprehensive analysis of the prisoner statues-addresses this gap, demonstrating that the Egyptians conceived of and used the prisoner statues differently over time as a response to contemporary social, cultural, and historical changes. In the process, the author contributes new data and interpretations on topics as diverse as the purpose and function of the pyramid complex, the ways in which the Egyptians understood and depicted ethnicity, and the agency of artists in ancient Egypt. Ultimately, this volume provides a fuller understanding of not only the prisoner statues but also the Egyptian late Old Kingdom as a whole. 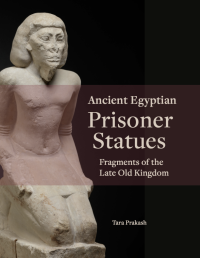