Al-Ma’mûn, the Inquisition, and the Quest for Caliphal Authority

The "inquisition" (Mihnah) unleashed by the seventh Abbasid caliph, 'Abdallah al-Ma'mun (r. 813-833), has long attracted the attention of modern scholars of the intellectual, political, and religious history of the early Abbasid era. Because this event, which began in 820 and stretched through the reigns of two of al-Ma'mun's successors, appears at a convergence of prominent currents in systematic theology, rationalist thought, theocratic politics, and nascent trends in Shiism and Sunnism, historians have seen it as the key to a wide array of puzzles and problems in early Islamic history. In this incisive study, John Nawas subjects the various proposed explanations of these events to a sober and searching analysis and, in the process, presents a new interpretation of al-Ma'mun's political and religious policies, contextualized against the background of early Abbasid intellectual and social history.

Appended to the volume is a reprint edition of Walter M. Patton's Ahmed ibn Hanbal and the Mihna (Leiden 1897), which still has much that is useful for modern scholarship, including one enormous additional benefit; it contains most of the relevant passages in Arabic from the primary sources. 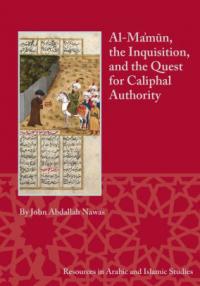