The Economy of Certainty: An Introduction to the Typology of Islamic Legal Theory

Aron Zysow's 1984 PhD dissertation, "The Economy of Certainty," remains the most important, compelling, and intellectually ambitious treatment of Islamic legal theory (usul al-fiqh) in Western scholarship to date. It continues to be widely read and cited, and remains unsurpassed in its incisive analysis of the most fundamental assumptions of Islamic legal thought.

Zysow argues that the great dividing line in Islamic legal thought is between those legal theories that require certainty in every detail of the law and those that will admit probability. The latter were historically dominant and include the leading legal schools that have survived to our own day. Zahirism and, for much of its history, Twelver Shi'ism, are examples of the former. The well-known dispute regarding the legitimacy of juridical analogy is only one feature of this fundamental epistemological division, since probability can enter the law in the process of authenticating prophetic traditions and in the interpretation of the revealed texts, as well as through analogy. The notion of consensus in Islamic legal theory functioned to reintroduce some measure of certainty into the law by identifying one of the competing probable solutions as correct. Consequently consensus has only a reduced role, if any, in those systems that reject probability. Another, more radical, means of regaining certainty was the doctrine that regarded the legal reasoning of all qualified jurists on matters of probability as infallible. The development of legal theories of both types, that of Zahirism no less than that of Hanafism, was to a large extent shaped by theology and, most significantly, by Mu'tazilism, and subsequently by Ash'arism and Maturidism.

Zysow's important work is published here in full, for the first time, with updated references and some further reflections by the author. 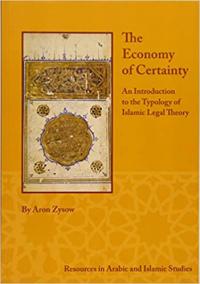