The Ancient Egyptian Books of the Earth

Collections of scenes and texts designated variously as the "Book of the Earth," "Creation of the Solar Disc," and "Book of Aker" were inscribed on the walls of royal sarcophagus chambers throughout Egypt's Ramessid period (Dynasties 19–20). This material illustrated discrete episodes from the nocturnal voyage of the sun god, which functioned as a model for the resurrection of the deceased king. These earliest "Books of the Earth" employed mostly ad hoc arrangements of scenes, united by shared elements of iconography, an overarching, bipartite symmetry of composition, and their frequent pairing with representations of the double sky overhead. From the Twenty-First Dynasty and later, selections of programmatic tableaux were adapted for use in private mortuary contexts, often in conjunction with innovative or previously unattested annotations. The present study collects and analyzes all currently known Book of the Earth material, including discussions of iconography, grammar, orthography, and architectural setting. 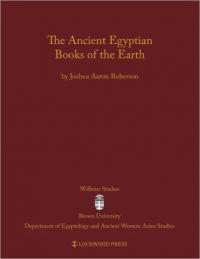 Wilbour Studies in Assyriology and Egyptology